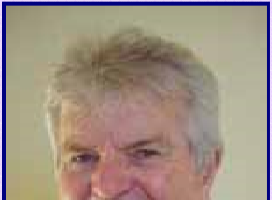 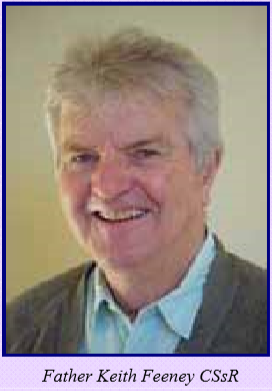 Father Keith Patrick Teefey, a priest of the Congregation of The Most Holy Redeemer, died on 11 May 2018 at age 85. At his funeral Mass at St Vincent’s Chapel, Nudgee on 16 May, Father Michael Gilbert CSsR delivered the obituary saying that having known Keith from seminary days, he had never wavered in admiration of this good man whose qualities had their beginning and source in his close and loving family of origin. Such a noble testament would be treasured by any grieving family. Condolences to Keith’s family from officers and men of 7RAR reinforced Father Gilbert’s moving panegyric.
Born 25 August 1932 and ordained on 11 July 1965, Keith was a leader entrusted often to exercise that quality in difficult circumstances. Early in his ministry he was appointed to be a chaplain to the Military and was posted to the 7th Battalion in September 1969 as its Catholic Chaplain, aware the Battalion was destined for service in South Vietnam.
He described his prior training for his new role, a two‐week Chaplains’ School, which explained the structures of the Army, showed him how to put on a uniform, salute, put up a hutchie, handle a ration pack, etc. ‘After that, one is on one’s own’ he said, but he was amazed and often embarrassed by the welcome and the cooperation he received wherever he went, surely a credit to the openness of his own character. His way was just to go with the troops.
In the preparation for South Vietnam he recounts that he went on exercises with them in the cold and the wet and the heat of the Putty Ranges and Shoalwater Bay, dug fighting pits, did early morning PT at the Jungle Training Centre, or whatever was required of him. He deployed to Vietnam on the former aircraft carrier HMAS Sydney in February 1970 with the main body of the battalion.
Army lore attests that whatever their religion, chaplains sent to Infantry battalions fall into two classes: those who stick to the comforts in base accommodation, and those that share the lot of the soldier. Father Keith chose the second class— those that gain the respect and trust of soldiers, and he formed a close affinity with the soldiers of the battalion as he shared their discomfort.
In July he spent a night sleeping on top of an unexploded artillery round buried just a few inches below his bedroll and noticed only the next morning. Although unused to military life, he acclimatised to its demands in Vietnam where he was willing to suffer anything required of his brothers so as to administer to his flock who described him as ‘one of us, without a gun’. He wrote ‘I did not carry a weapon and this was always a talking point. The CO insisted at one point that I take one and that I could not go into the field without one. I carried an Armalite on one occasion for five days and the CO’s short weapon about twice on night patrols … I had no need to carry a weapon. That was not my role and I had the utmost confidence in the soldiers about me who were trained to do their job. I kept telling them, you don’t have to worry about me. It doesn’t take any training to hit the ground.’ The 7th Battalion said, ‘he was one of us’.
He celebrated Mass in some desolate places: Mass celebrated on the ground, on an ammo box, in D Company Mess at Horseshoe, on a table in a deserted VC hospital camp, on a deserted beach, Midnight Mass at Luscombe Bowl, 600 souls there with the school children, Sisters and people in the Baria Parish Church.
The obituarist noted that the military did not make Keith militaristic. On the contrary, it shaped him to be a man of peace. His experience as a chaplain taught him that the men in his pastoral care were the ones that suffered and bore the deepest wounds of war. Army life taught him never to leave a soldier behind, reinforcing his Christian conviction that God was a God that left nobody behind. His time in the army made Keith a true serviceman ‐ one who served others.
Coming to the Eucharist in the Requiem Mass, Father Gilbert committed Keith to the care of that hospitable Man, Christ, the prototype of leader who leads followers to the pastures of everlasting life. ‘We draw on the reserves of faith in this Man who was Keith’s inspiration and his mentor to pray: May the soul of Keith Patrick Teefey, priest who proclaimed God’s word, rest in peace.

The latest issue of our Diocesan newsletter, Serving Faithfully, is available now.