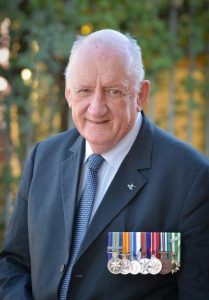 It is with great sadness that we acknowledge the death of our Patron, the Hon Tim Fischer, AC, GCPO on 21 August 2019.

Mr Fischer provided this modest CV when he became our patron of the Catholic Military Ordinariate in 2012:

The Hon Tim Fischer AC, was born at Lockhart on 3 May 1946, and was educated at Xavier College in Melbourne was conscripted into the Australian Army in 1966 and served in The Vietnam War.

He entered politics in 1971 and became Deputy Prime Minister in 1996, Ambassador to the Holy See in 2008 and is now a successful book author. His other interests are notably family, farming, charity work and biking and bushwalking in Bhutan.

In these tough times on a range of fronts, Christian faith in the Navy, Army and RAAF and Chaplain support services are more vital than ever.
One hundred years ago in World War One, 414 Chaplains of all faiths stepped up and served in the AIF; today a much smaller number of Chaplains are carrying a huge burden from the Sinai to Sydney and beyond. The Diocese needs our help and support.

On departure from the Holy See in 2012 Mr Fischer was honoured to be appointed as a Knight Grand Cross of the Order of Pius IX, the highest Papal Award given to lay men and women. 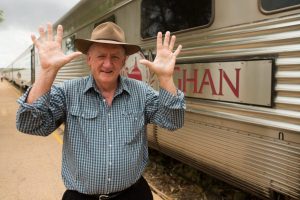 Tim Fischer was an inspiring and passionate Australian who contributed so much during his life to his country, to the community and to his faith. He was a wonderful family man and our prayers and sympathy are extended to his wife Judy and sons Harrison and Dominic. May he rest in the peace of Christ.