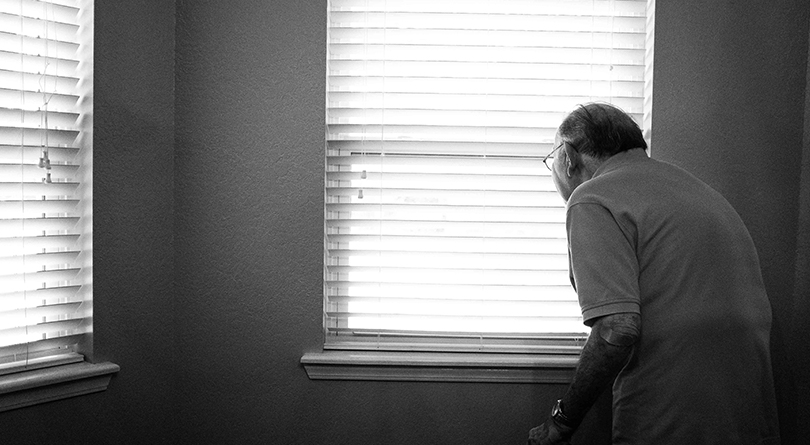 A dinner was held in the Dining Room at Newman College on 17 February 2017 to highlight the work of the Little Sisters of the Poor from St Joseph’s Home in Melbourne. Various speakers addressed the proposed Victorian legislation concerning Assisted Dying, including these extracts from Father Bill Uren SJ and Sister Angela. Reprinted with permission from The Newman College Newsletter, NEWMAN, Autumn 2017.

Let me say at the outset that there are many excellent recommendations in the Final Report of the Victorian Parliamentary Inquiry into End of Life Choices.

I am thinking in the first instance of the recommendations aimed at discouraging unnecessary medical interventions at the end of life that only have the effect of prolonging the dying experience. I worked for three years at the Mater Hospital complex in Brisbane as the Hospital Ethicist. I don’t believe we ever under-treated a patient; but I think at times, we over-treated dying patients – and sometimes for good non-medical reasons. But it did prolong the dying experience and whatever pain may have been associated with it.

Secondly, I strongly endorse the recommendations that are aimed at making expert palliative care more widely available and at ensuring that all medically trained professionals are properly educated in the effective administration of palliative care. With an ageing population one would have thought this should have been the absolutely central recommendation of the Report, and one which, if it had been implemented decades ago, would have eliminated most of the sad cases of dying in pain that were reported to the Inquiry.

Thirdly, I also support the recommendations concerning Advanced Care Directives. These can be very helpful in ensuring that dying patients are not exposed to treatments which may be not only unnecessary but also unwanted.

But, finally, I cannot support the recommendation 49 that proposes assistance in dying, in effect, euthanasia, no matter how strictly (and, I believe, naively) the legislation may be drafted. As with the initial legislation concerning abortion, it will only be a matter of time before abortion on demand (as we have it now) is complemented by euthanasia on demand – as the dissenting report of Mr Daniel Mulino so clearly demonstrates. His report is, I believe, the only scientifically­ researched part of the Report – most of the rest is anecdotal in character: sad, sad cases, to be sure, but ones that in so many instances could have been effectively treated if appropriate palliative care had been available. What is proposed is ‘foot -in-the-door’ legislation. It is only a matter of time before the door will be wide open.

There are two main arguments in support of euthanasia. The first is the ‘intractable pain’ argument that was so influential in convincing six of the eight members of the Inquiry to support Recommendation 49. But is pain intractable? Certainly most palliative care specialists would say that proper palliative treatment would obviate such a situation. But even if, contrary to this supposition, pain does become intractable, what is the objection to what is called ‘palliative sedation’, that is, reducing the patient to an unconscious state so that they do not feel the pain. If I have a serious operation and am likely to experience pain, I am either sedated or anaesthetized. Why not, if I am dying in ‘intractable pain’? I then die naturally, rather than, as in euthanasia, some health care professional is licensed to kill me.

Which brings me to the second main argument that is advanced in support of euthanasia the ‘my life/my dying’ argument. It’s my life – why can’t I dispose of it as I wish. It’s nobody else’s concern’. Well, sorry, it is. What euthanasia legislation does, as I have just said, is licensing some person to kill another person. So, first of all, unlike suicide, it involves at least a third party – the person who administers the lethal injection or the person who hands me the poison. Then, it will also involve two doctors who will have approved the request. But, more than this, it will have society-wide ramifications.

We will have compromised one of the central planks that defines civilised society, namely the absolutely basic respect for life that enjoins that one person may not kill another. When we rejected capital punishment we reinforced this central plank; by euthanasia we compromise it and we compromise the status of the medical profession. I think it is naive to believe that if we compromise this central plank, practices like suicide (already the major cause of death of males between the ages of 15 and 44) won’t increase, as will elder abuse in a variety of forms, both governmental and familial. Already in Canada after one-year, euthanasia is estimated to have saved the health-care budget $149m. Will governments be willing to invest in appropriate palliative care when this alternative ‘solution’ is available? And will family members be willing to pay the last service of sitting compassionately at the bedside of dying parents or relatives when this alternative is suggested? In many cases I think not—we will have radically changed not only the dying process but also some of the more civilising aspects of our society. It’s NOT just my life.

… As Little Sisters of the Poor our readiness to face the possibility of legislated Assisted Dying consists in bearing witness to respect for the life of every person made in the image and likeness of God, and in supporting those who carry a burden which is seemingly too heavy and which could lead to the thought that it is ‘better to finish it all’.

Accompanying the person who is dying is an integral part of the mission of the Little Sisters of the Poor. It is the summit of our apostolate, which consists in providing a home for the elderly poor.

We believe ‘accompanying’ embraces all the concepts of palliative care, so that we can say with conviction ‘don’t kill, accompany.’

St John Paul II called this accompaniment, ‘the way of love and true mercy’. This way of love, which our common humanity calls for is the opposite of assisted suicide and euthanasia, which St John Paul called a ‘disturbing perversion of mercy’. True compassion ‘leads to sharing another’s pain; it does not kill the person whose suffering we cannot bear’. Compassion of ‘suffering with’ another, manifests what is best in us as members of the human family.

Finally, in a society where the elderly may be seen as unproductive members, or a burden, Pope Benedict XVI had this to say: ‘Dear elderly brothers and sisters … never feel down at heart; you are a wealth for society, even in suffering and sickness.’